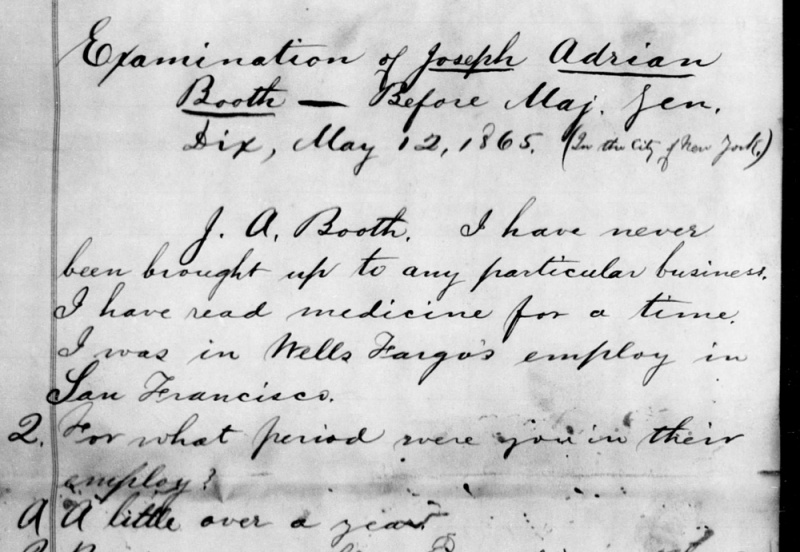 Joseph Booth had the worse bit of luck in choosing to return home from his 3 year absence on April 13th, 1865. The assassination of Lincoln by his brother the next day raised red flags with investigators and he was arrested upon his arrival in New York. This is the first page of his interrogation. Joe knew nothing of his brother’s plans and was released a few days later.
Image Source: Fold3.com

This site uses Akismet to reduce spam. Learn how your comment data is processed.